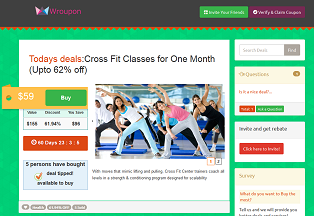 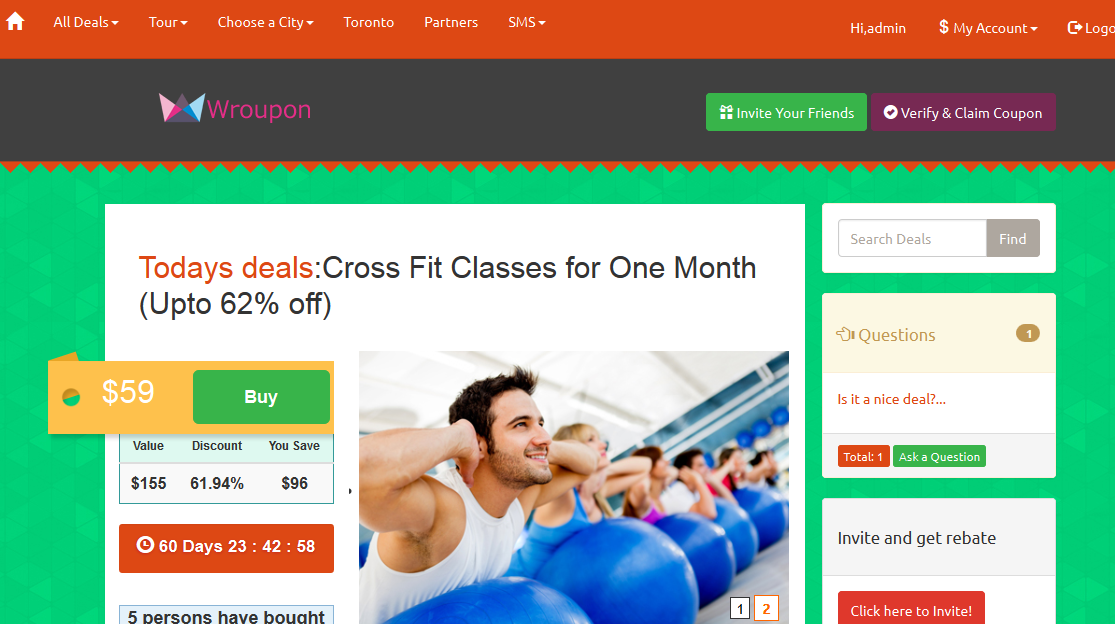 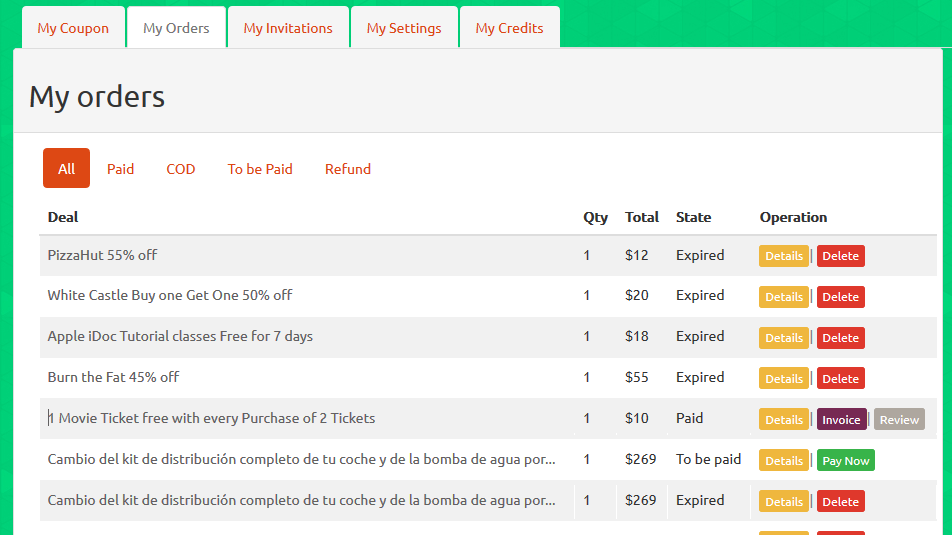 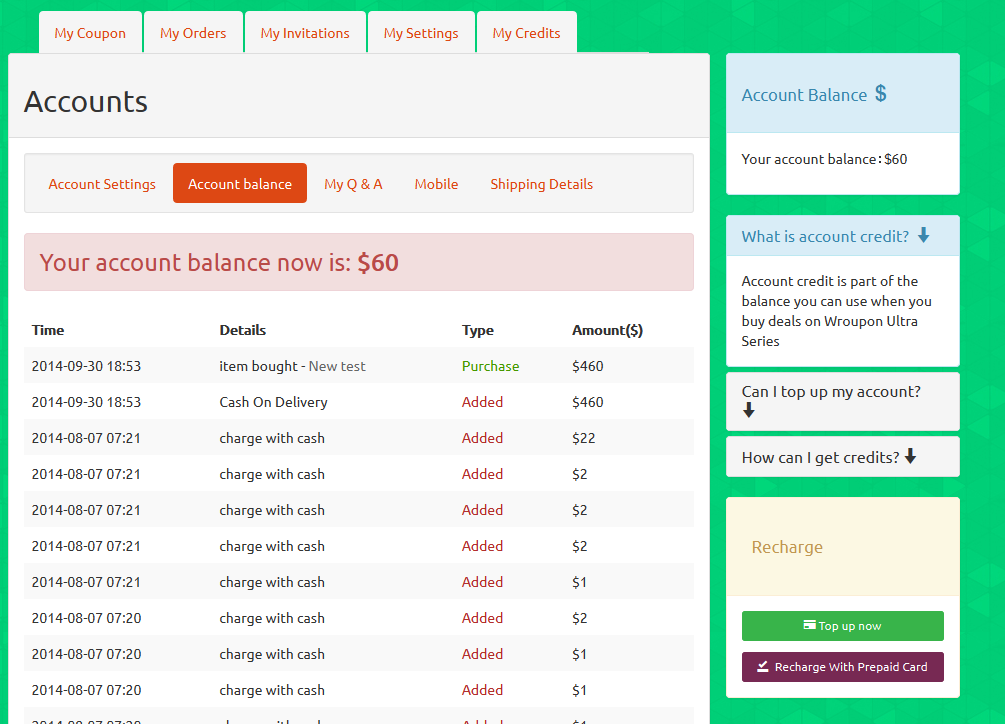 51 review(s)
Groupon Clone comes with Free 15+ Themes Powered by Bootstrap and 52+ Language pack, Means now ready for any country around globe. Deal Script has all social integrations like Facebook, Twitter,Google,Yahoo,Sina,QQ and many more. Integration with Mailchimp allows it to send Newsletter with no hussle. Groupon Script demo can also be seen . Complete Source Code + App code is provided when you purchase Groupon Clone
$1000 $350

Dealphp V5 is Now powered by Twitter Bootstrap, Which makes it easy for developers and designer to code and enhance designs. New layer of security checks script using cron for vulnerability and Malwares. Using latest themes, speed up your project development for Groupon clone. Groupon Like Cash on Delivery Module is also handy for most of the customers. Mailchimp module connects the Newsletter system with Its API’s,lets you emails to the customers.

Dealphp has also SEO module, which lets customer beat the Heat in Google and other search engines. Social integrations Facebook Like, Comment , makes your deals viral. There are 3 Major variations of deals Daily Deals, Goods and Instant sales. Groupon Clone https://Dealphp.com has advanced merchant portal for your providers to check through orders, deals, coupons ,and many more

. SMS integration makes it easy to integrate the Dealphp system with Your country based SMS gateway.

Also Groupon clone can also be integrated with any other payment gateway or services. Dealphp.com (Previously Wroupon ) has been developed using PHP Programming language, a Robust Technology This is a database driven Script using MYSQL .

Groupon Clone is 100% open source script, when you buy Dealphp You get

Backend Reports allows the Admin ,Staff or Merchant to see stats of sales and orders and download in CSV format.

In few steps you can easily setup your own Daily Deal Website.We also provide free Installation and Support

DealPHP is mobile friendly ,and allows your customers to buy from you from any device from any where

Merchants can now register and submit deals for approval by Admin or staff .

You get Complete Social Login Pack including following Connects

Choose from our 52+ languages and We can add almost any language you need. Groupon Languages

Over 50+ Addition modules are also coming for free in Dealphp, You can check the list from here

You get instant download link on your Email address mentioned. You can ping us for any help . Happy Buying!!